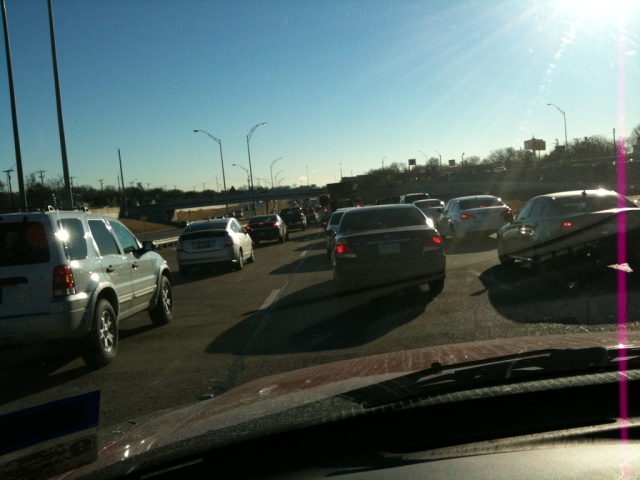 One of my pet peeves is clueless drivers who interfere with the free flow of traffic and even create traffic hazards. I think the problem is people who just do not think about what they are doing and how it affects the other drivers and pedestrians around them. With that in mind, here is my checklist of things to watch for.

You might be a bad driver if you like to merge onto the freeway by creeping up the on-ramp at 20 mph then stopping at the end and waiting for a gap in the traffic before proceeding. You also might get rear-ended.

You might be a bad driver if you stop at the first fuel pump at the island when they are all open instead of pulling all the way forward. Sure, I can go around you, but are you really that clueless?

You might be a bad driver if you and your girlfriend drive your scooters down the left shoulder of a four lane road. Especially when I am making a left turn and don’t know to look behind me to make sure you are not coming up behind me on the shoulder. Luckily for you, I saw you at the last second and slammed on my brakes. They way you continued talking and laughing, I don’t think you realized how close you came to getting run over.

You might be a bad driver if you drive a Saturn. I can’t prove it, but I have piles of anecdotal evidence.

And my favorite – you might be a bad driver if you drive in the left lane of the freeway when you are not passing anyone. You can remove all doubt about your poor driving skills if you stay in the left lane and drive right next to another car in the adjacent lane as if you were a Blue Angel flying in tight formation, forming a slow moving roadblock so no one else can get past.

There, I feel better now that I have gotten that off my chest. I would get more immediate satisfaction by honking and gesturing, but Texas is a concealed-carry state, so I think it is better to be polite and friendly on the roads. Which might also be a good reason to correct any of these bad driving habits you might have.

This entry was posted in Uncategorized and tagged cars, drivers, driving, idiots. Bookmark the permalink.